Darts Hill Garden Park consists of 7.5 acres of horticultural richness without equal in North America, for it contains a variety of rare and precious plants. The garden is the result of a pioneering spirit, interest, and dedication, long forgotten in much of today’s society.

Edwin Darts was born in Vancouver in 1903, and his wife, Francisca, in The Hague, Holland, in 1916. They wanted a few acres to grow fruit trees and in 1943 purchased acreage of bush in the area of present day 16th Avenue and 168th Street in South Surrey. The property was covered with bush, which had regrown after the logging of the original forest cover in the 1800s. There remained huge stumps which had to be cleared by dynamiting . . . self-taught! Shovels, axes, picks, cross-cut saws and their bare hands were the tools required to claim the land, as nothing was mechanized in the beginning.

There was no water or electricity at the site, and their water supply was ‘divined’ by a water witcher (or diviner), who required frequent lubricating! Their artesian well, still in use today, is 125 feet deep.

At first, an orchard…

Initially the property was an orchard planted with fruit trees including apple, pear, apricot, peach, plum, and medlar (an unusual European fruit), and also walnut and filbert trees. The orchard was so successful that Mr. Darts won the only gold medal ever awarded by the Pacific National Exhibition in that exhibit category. However, it was an exhibit by the Alpine Garden Club of BC at the PNE that stirred their interest and enthusiasm for horticulture, which became Mrs. Darts’ passion.

This led to her joining many organizations devoted to the field, including the Royal Horticultural Society, from which she received the seeds of many of the rare and unusual plants that are growing in the garden today.

The donation of the garden to the City of Surrey in 1994 was the culmination of the Darts’ life hobby and retirement work.

The City is delighted that Francisca and Edwin Darts chose to make their garden available to residents, students and visitors by entering into a 999-year agreement with the City. Importantly, they did this in Francisca’s lifetime, allowing the transition from private garden to public garden to occur in a way which has reflected the desires of the garden’s creators. At the time of the donation, the City purchased an additional adjoining 15 acres, bringing the total size of today’s property to 22.5 acres. 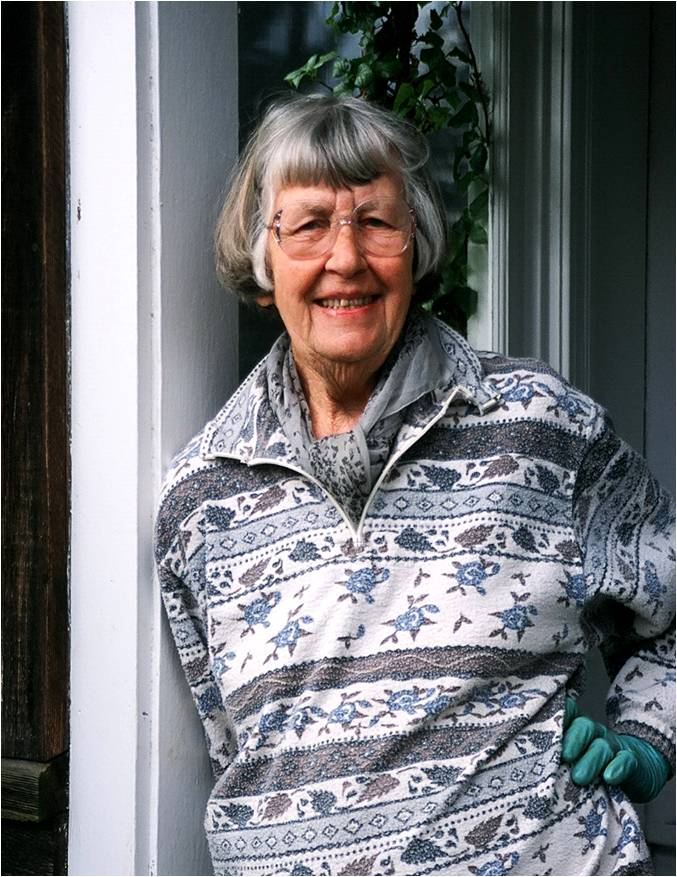 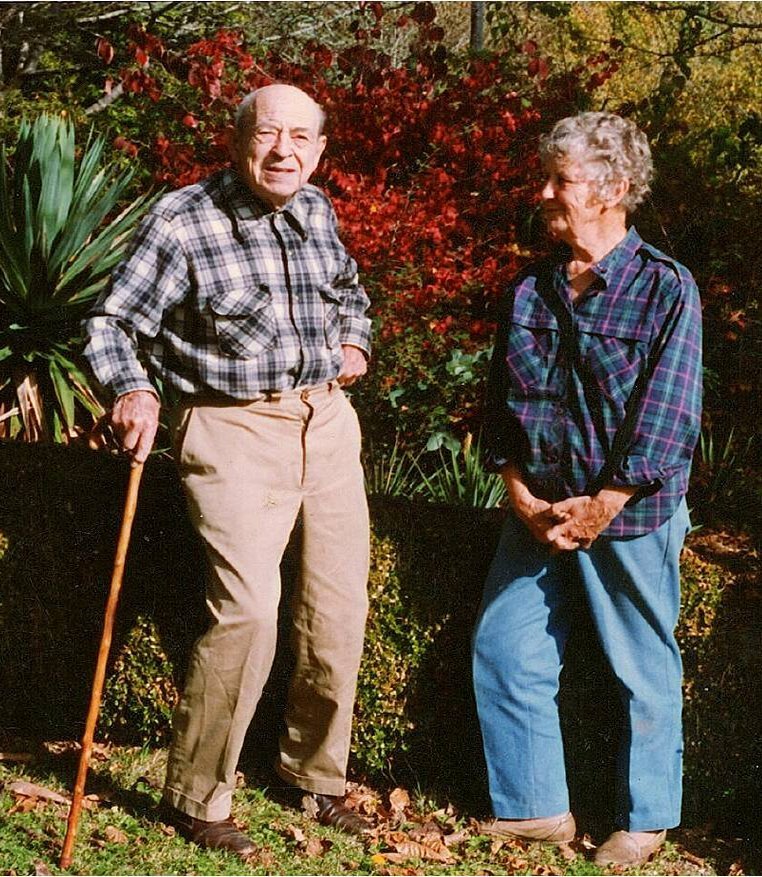 Under Francisca’s hard work and tender care, Darts Hill became a true plantsman’s garden containing countless species and varieties of plants from all over the world. A plantsman’s garden can be defined as a garden that is devoted to the finest horticultural examples of plants available, whether species or hybrids, which will succeed in that garden. It is unlike a botanical garden in that it does not attempt to grow all known species or varieties of any plant group; and it is unlike a display garden in that it is not particularly concerned with formal patterns and bedding designs. What Darts Hill has to offer is a wondrous collection of mature trees, shrubs, and perennials, set out in over 50 beds among winding mossy pathways and open lawns.

Mrs. Darts developed a particular affection for rhododendrons and magnolias, and her collection of these species is outstanding. As Mrs. Darts planted trees and shrubs with features of all-season interest, the garden is remarkable in every month of the year. 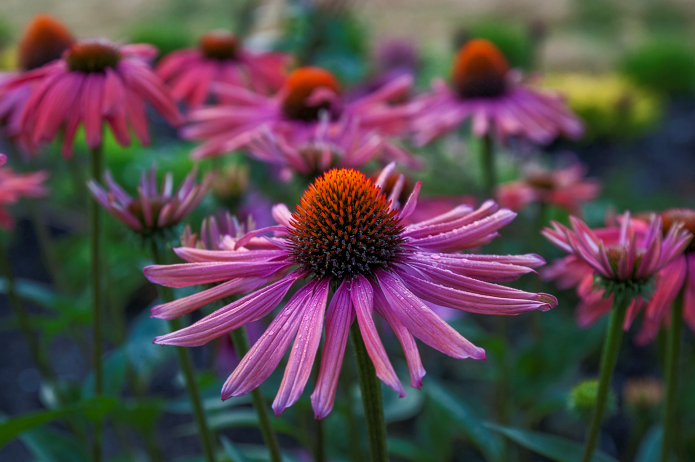 We are a dedicated group interested in preserving Darts Hill Garden Park as a Plantsman’s Garden. Inspired by the spirit and vision of Francisca Darts–who with her husband Edwin–so graciously donated the property to the City of Surrey, the Society seeks to continue the development of the Garden and to extend opportunities to the public to enjoy the Garden as well as to make their own special contributions.

The City of Surrey worked directly with Francisca Darts in the development of a purpose, vision and overall guiding principles for the Garden. This ensures that in the future the garden will continue to be managed in accordance with her wishes.

The City and the Society are excited about the future of Darts Hill Garden Park. The garden will be a place of horticultural learning, where enthusiastic amateur gardeners will rub shoulders with professional horticulturists to view some of the finest and most mature horticultural specimens in the Pacific Northwest. 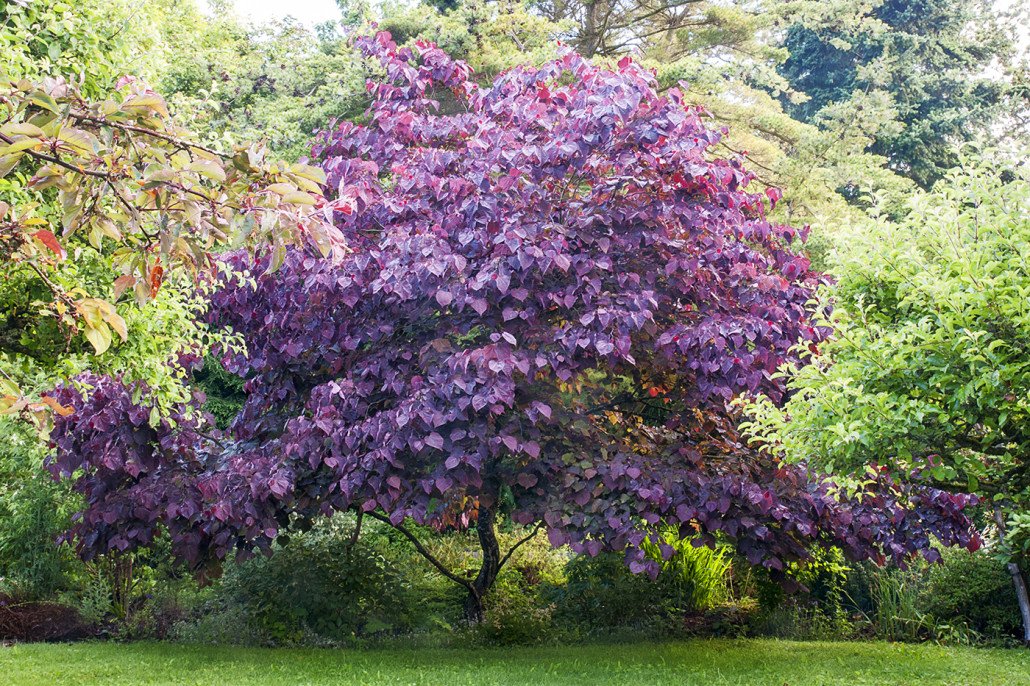 The Darts Hill Garden Conservancy Trust Society Board of Directors meets five to six times annually. In between meetings, directors communicate via e-mail when matters of importance arise. This is a working Board, with an expectation that members will participate in activities above and beyond simple attendance at meetings.

The Board of Directors is comprised of six elected directors, each fulfilling a three-year term, and four appointed directors. Current Board Members (2019):

Mrs. Darts was well known in the horticultural community as an active member of many clubs and associations, a popular speaker, a knowledgeable self-taught plants woman and teacher, and a generous host. Several of her horticultural associations are still active in the garden today – a testament to their high regard for Mrs. Darts. 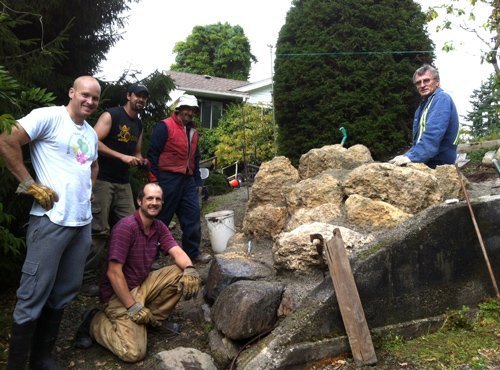 The Alpine Garden Club of B.C.

It was the Alpine Garden Club’s display at the Pacific National Exhibition that originally piqued Mr. and Mrs. Darts’ interest in growing ornamental plants, and Mrs. Darts soon became an active lifetime member of the organization. As a tribute to Mr. and Mrs. Darts, the club renovated an alpine garden bed in the garden in 2012 and created an award-winning tufa garden in 2014, which showcases rare and unusual saxifraga, sourced in England. This garden will attract rock gardening enthusiasts from around the continent, as Darts Hill is the only place that many of these plants can be found in North America. 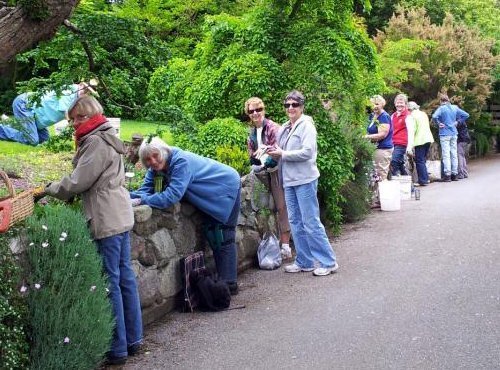 With close to 400 members, the South Surrey Garden Club is the largest garden club in B.C. Francisca was a well-loved member for most of its 25-year history, providing a “show and tell” of exotic plants from her garden, a highlight of the monthly meetings . While Francisca was still alive, the garden club provided the “Wednesday Weeders” – a group of members who came out to help Francisca with the weeding every Wednesday morning of the growing season.

Now the club members have adopted a bed to care for in Francisca’s memory and have, in their enthusiasm, spilled over into adjoining beds during their weekly visits to the garden. 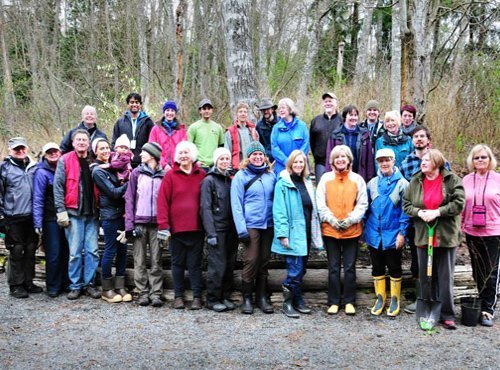 The Friends of Semiahmoo Bay Society

It was a wish of Mr. and Mrs. Darts that part of their property would be retained in its native state and that a transitional area between the horticultural and native areas would be designated as a native plant demonstration garden. To that end, the Friends of Semiahmoo Bay Society became involved at Darts Hill in late 2013. By the end of March 2014, the society had designed the native plant garden and planted it with the help of many of their community partners and the City of Surrey. They continue to maintain it and an adjacent native loop trail with the objective of educating visitors about the value of native plants and their usefulness in home gardens.